I was lucky enough to receive a new food processor for Christmas last year, so I’m back on my soup making mission. I have tweaked this recipe enough to be comfortable calling it my own, but feel free to add or remove any bits you don’t want (apart from the peppers otherwise we’ll need to come up with a new name).

If you are one of those strange people who prepares all their ingredients before starting you’ll have to read ahead to see what to do with them, otherwise just play along.  I use proper butter and olive oil because I’d rather have a little bit of something real as opposed to a lot of something fake (that’s one of those deep and meaningful life lessons).

Method:
Whack the oven temp up high and using as many baking trays as necessary bung on the peeled garlic, peeled and halved shallots and deseeded and halved peppers, spray or drizzle with olive oil then season with salt, pepper and dried chilli flakes. Roast until the pepper skins are blackened.
While those are roasting chop up the celery and carrot and sautee them lightly in the butter.
Make up the 300ml of veg stock and add the tomato puree and sundried tomato paste, mix well.
When the celery and carrots are sauteed tip into the blender. Add the veg stock mix. When everything in the oven is roasted add the garlic and shallots to the blender, then remove the peppers skins. (Removing the skins is messy and annoying but so, so worth it).  Add the skinless peppers to the blender.  Take the plum tomatoes out of their tins with a fork and discard the runny stuff before plonking them in with everything else.  If you just tip them into the blender with all the juice you will end up with tomato soup with a hint of red pepper, but if that’s your thing, go for it.
Blitz everything until it is the thickness you want your soup to be. Who am I to judge if you enjoy chucky soup?
Serve at whatever temperature you want, with homemade sourdough bread if you know someone who bakes it and loves you enough to share.  You can also sprinkle on some seeds (Morrison’s own brand chilli seed mix is my prefered topping) if you really want to make people jealous. 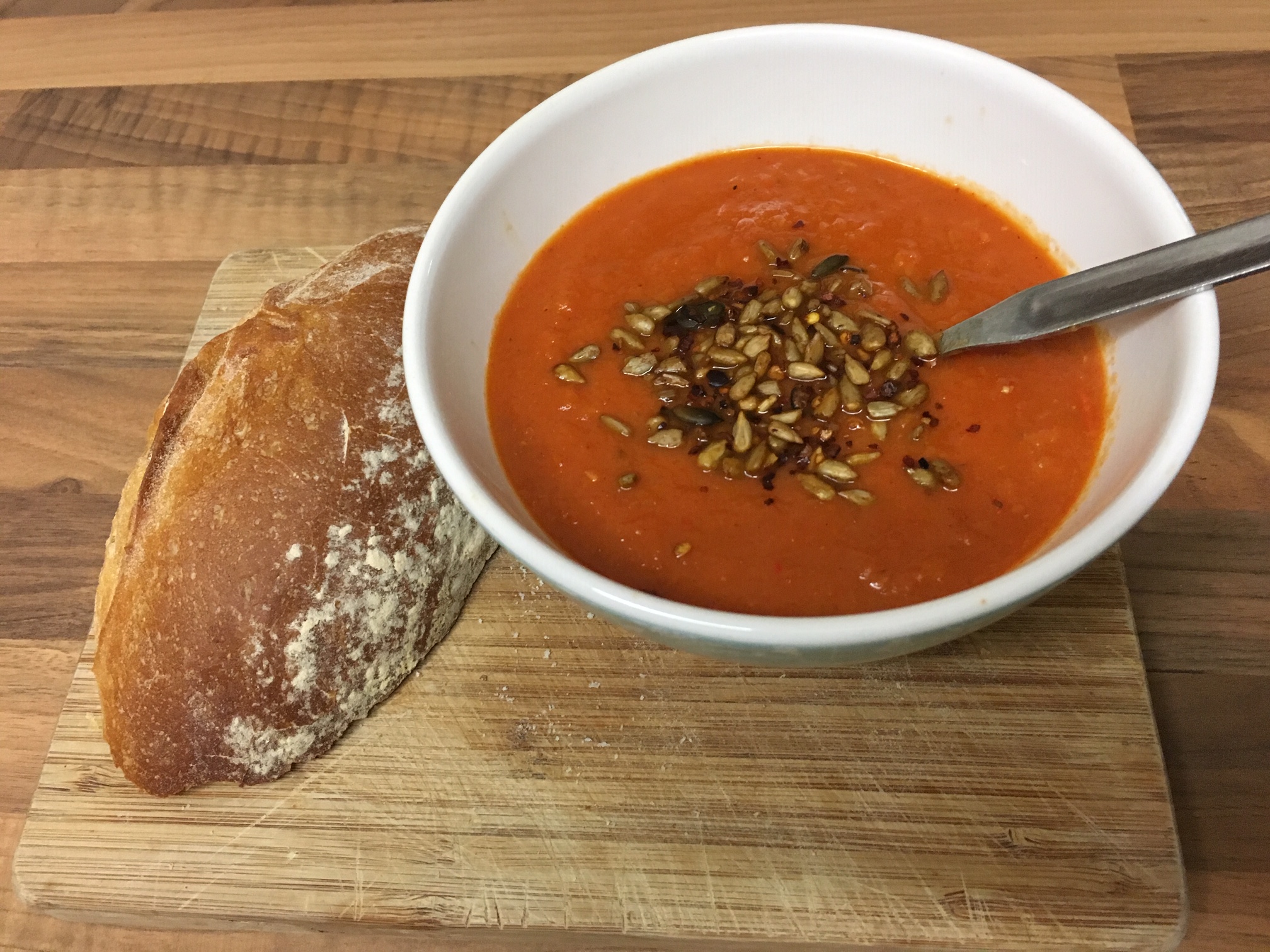